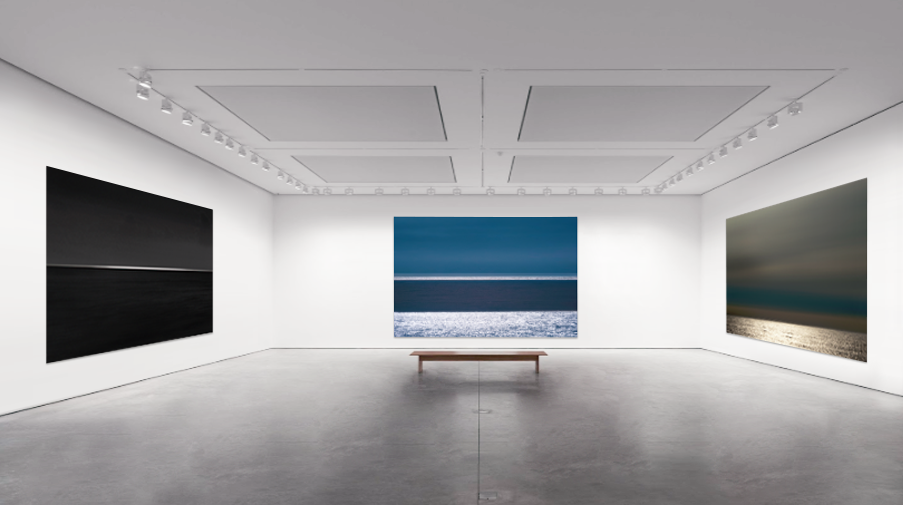 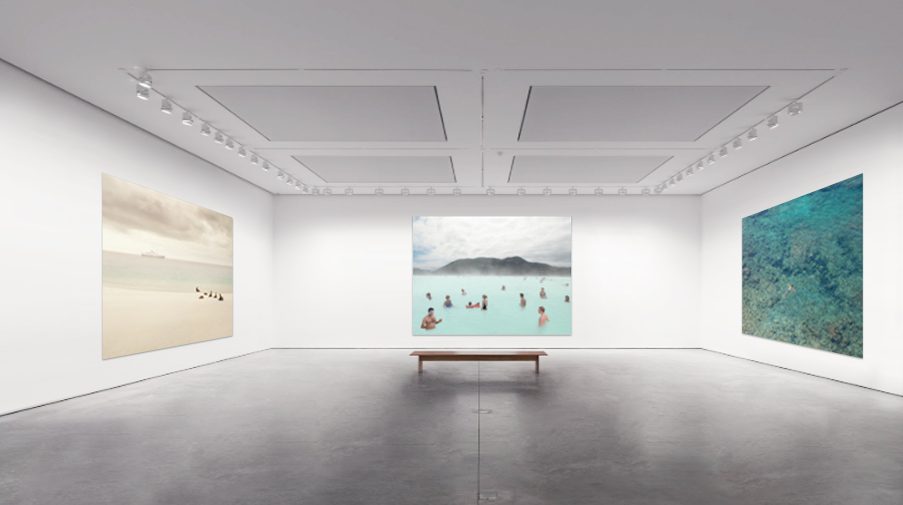 Andrea Hamilton (born 1968) is a fine-art photographer and writer known for her monumental lightboxes of natural phenomena like icebergs, large-scale seascapes and for candid portraits of London’s creative personalities. Her work questions subjects as varied as climate change, identity or place as they relate to other creative disciplines and frequently examines the durational capacity of photography which implies the contingency of both past and future as related in Roland Barthes’ notion of time. Hamilton detains the landscape in a sort of infinite present that transforms the image into a haiku poem, as it occurs in her Water Works series Tidal Resonance, shown at Delahunty in 2014.

Since 2000, Hamilton has been making a series of photographs known as Time and Water which is a meditation on time examined through repetition and constancy of black and white images of the still ocean from the same location in the Atlantic. Hamilton has also returned to Iceland several times for an ongoing project called Luminous Icescapes. Some of her lightboxes have been made up to three metres in length.

We are the Weather (Atlantic Ocean) in Viewing Room 1 is a serial project where Hamilton records the changing weather patterns over the same ocean location over two decades, often taking long-exposure photographs on cloudless nights with a full moon. These photographs can be at once ravishingly sumptuous in the tradition of the European Romantic landscape as well as coolly austere and in line with the reductivist laws of the 1960’s. In Room 2, Return to Blue Lagoon, 2013 is a lightbox example of Hamilton’s studies of how humans collectively congregate in natural places. This contrasts with the lone figure floating in the sea. This is part of the Being and Nothingness series which seeks to evidence the spiritual connections between humans and nature emphasising ideas of commonality, well-being and mindfulness. The body meets the sea and a sense of peacefulness invade us. The poetic image of the seals in Enchanted Islands has often been linked to notions of the sublime in landscape.