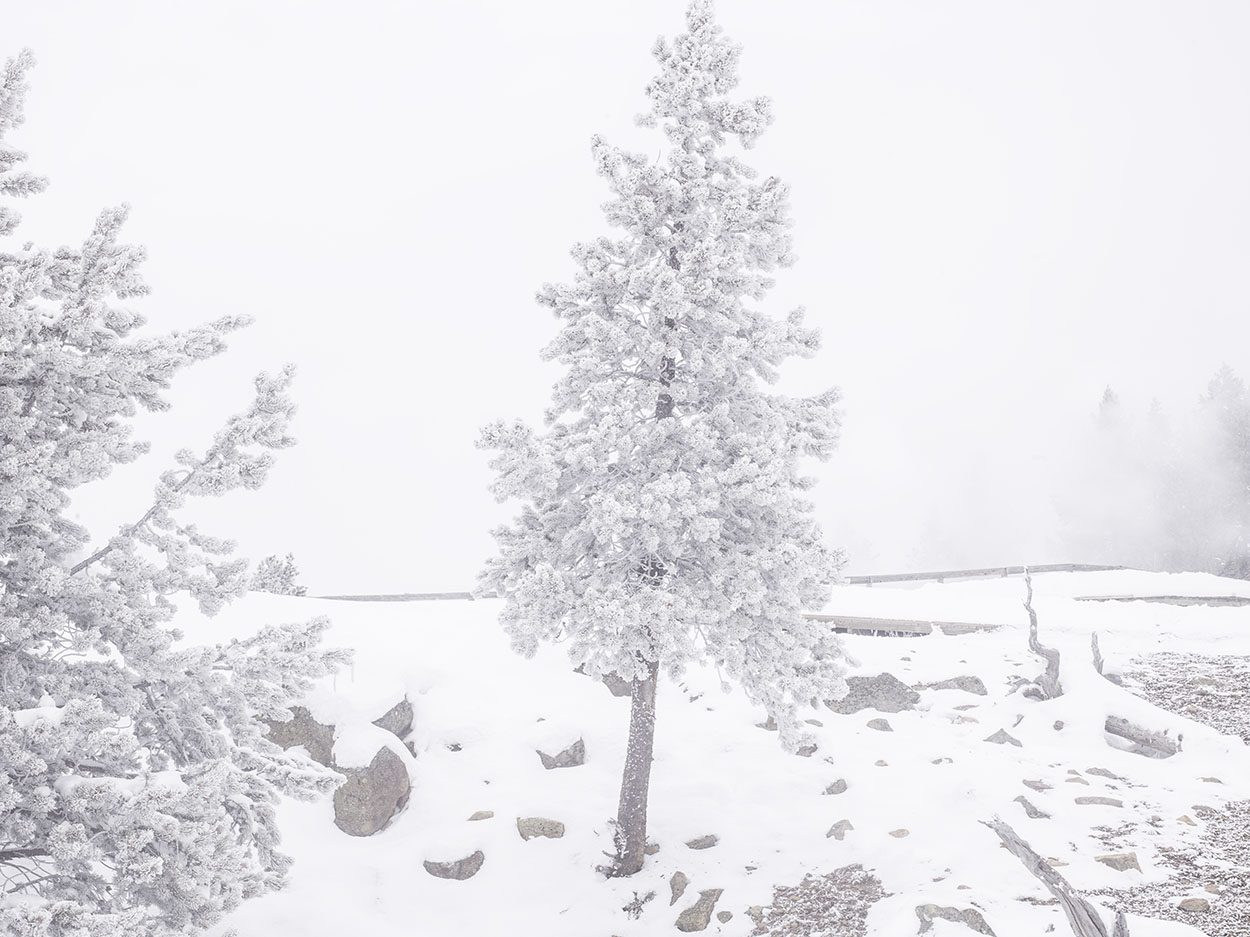 Flowers Scattering -
The water we thirst for
Far off, in the mist
–Kobayashi Issa 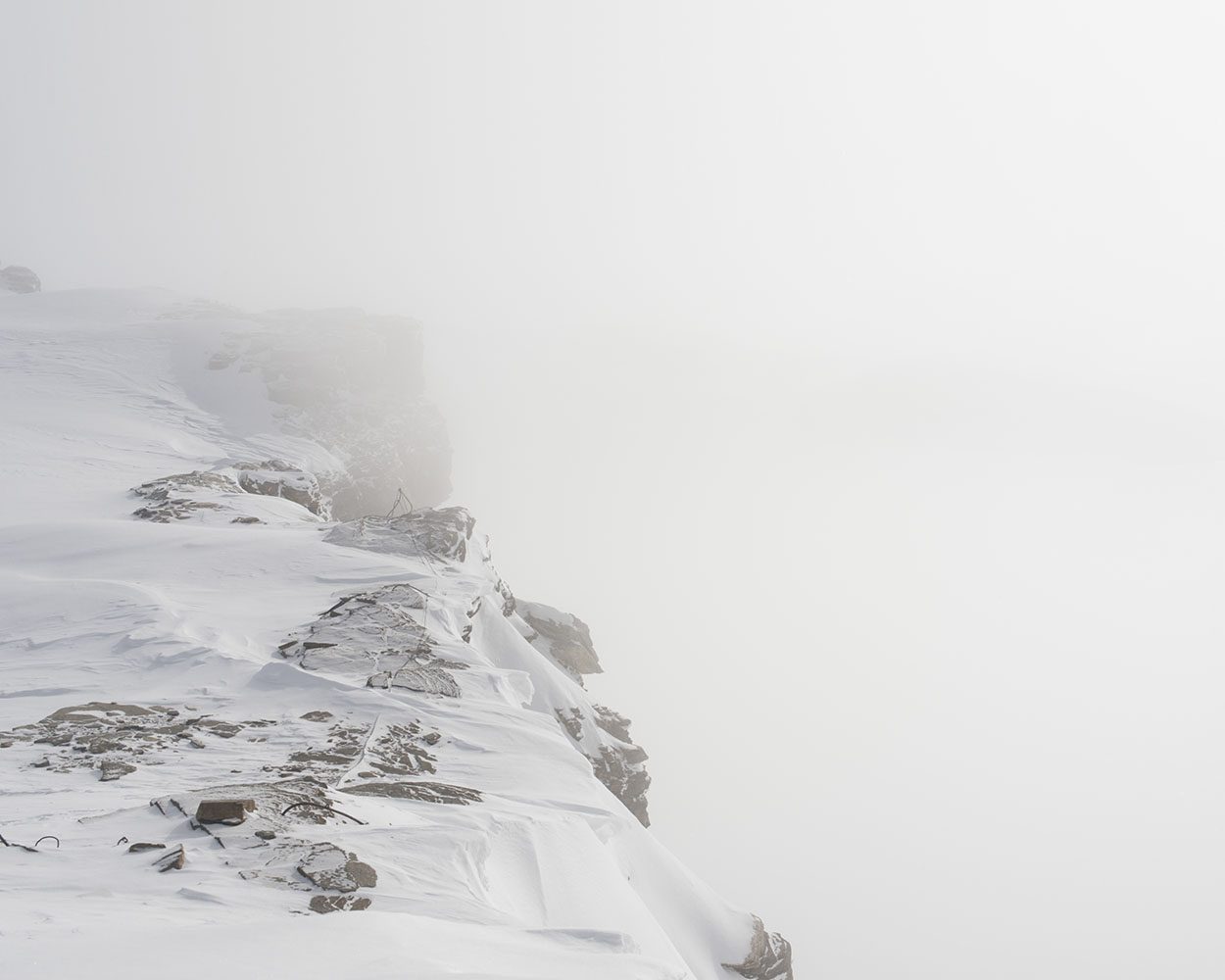 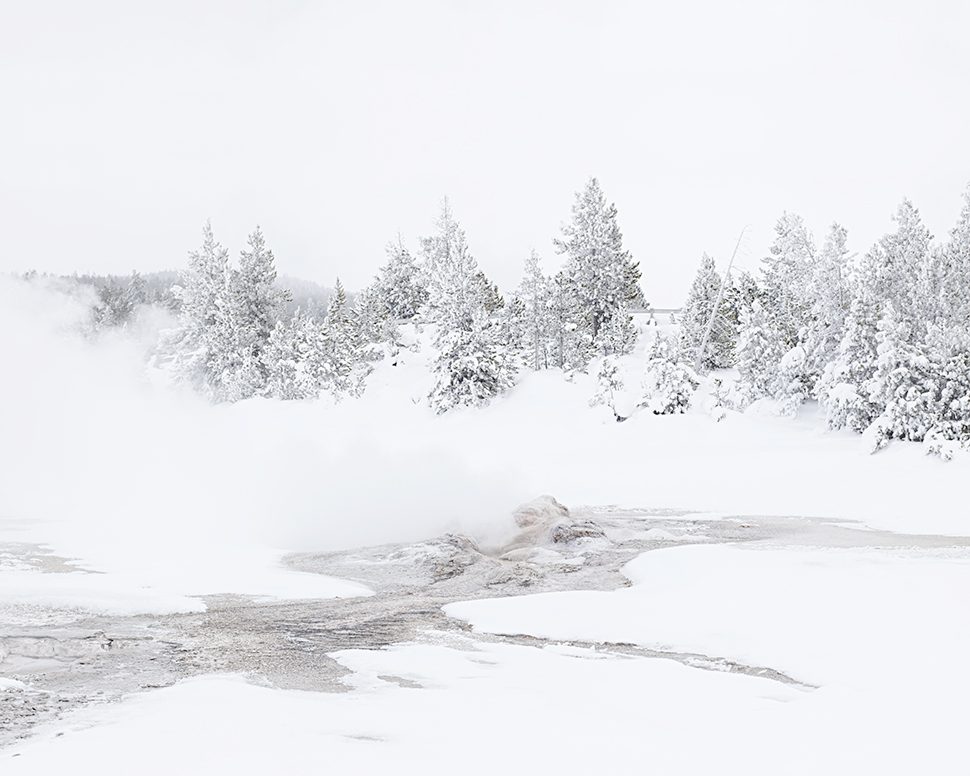 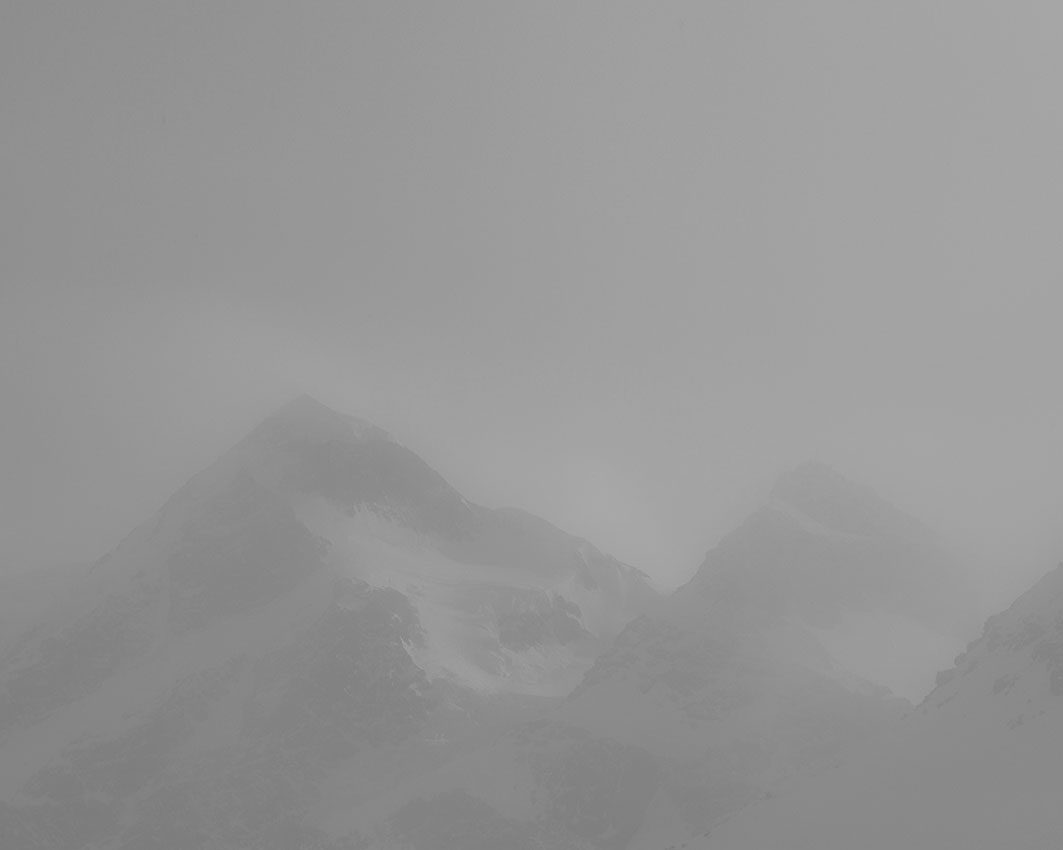 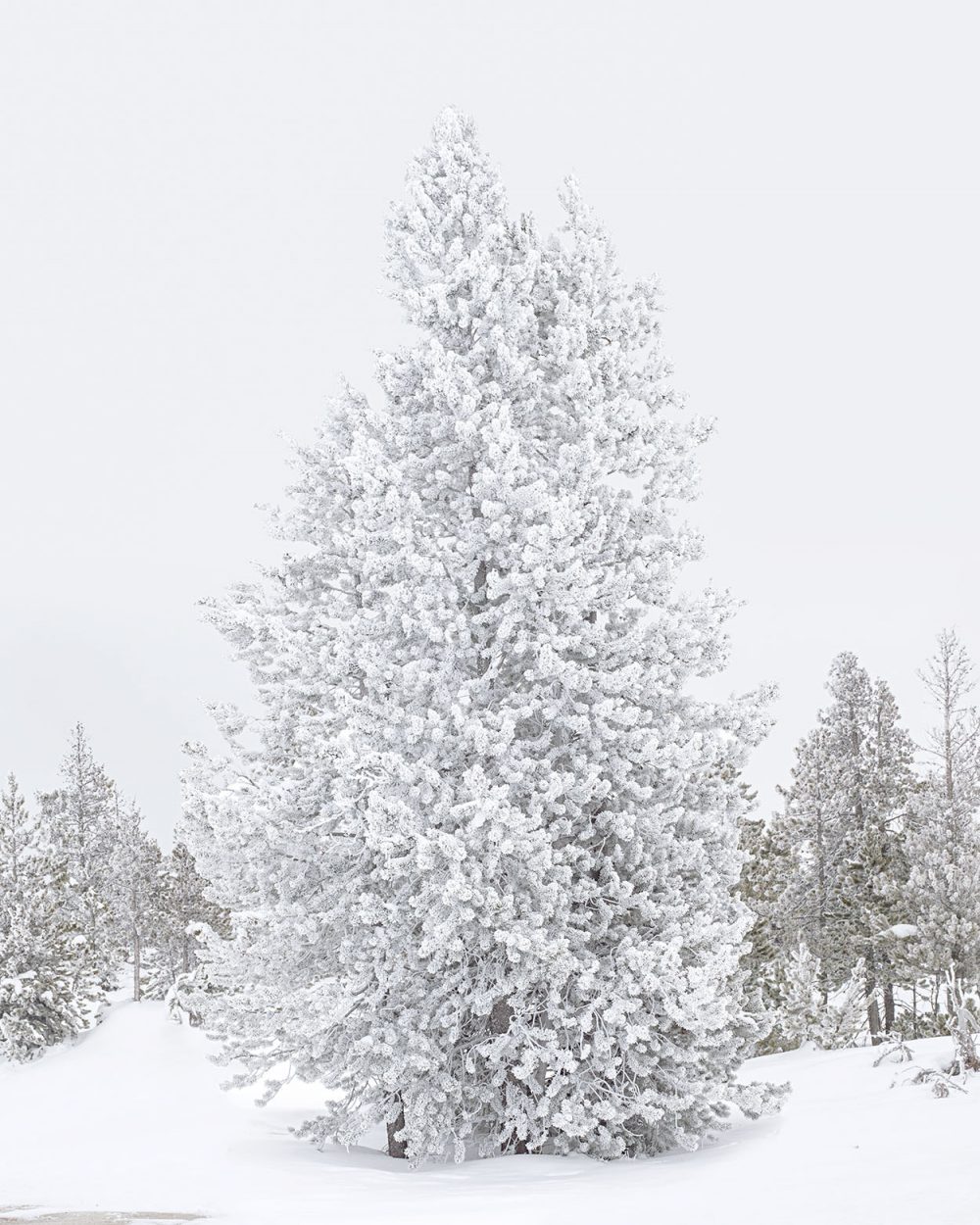 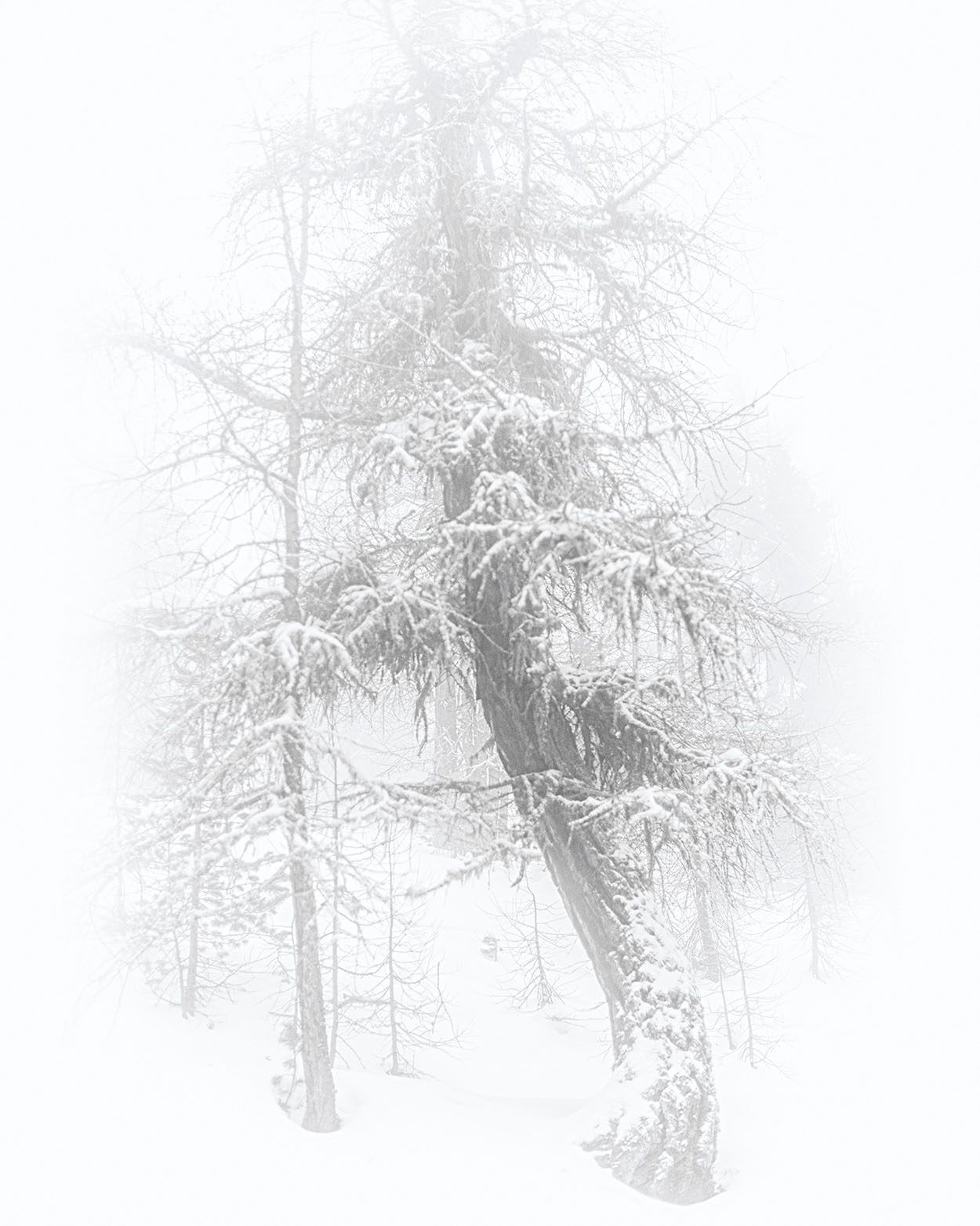 A Sense of Snow Plate I, 2016 Archival pigment print

The Hungry Ghosts
Flowers Scattering –
The water we thirst for
Far off, in the mist
–Kobayashi Issa

Nature – its formidable power and raw beauty, its ferocity and delicacy – has been a subject for Japanese artist for over 1,000 years, and their difference in attitude to landscape art in the western world is profound. In the west, landscape art developed as a way of showing power and wealth; in Japan it counts as a religious subject: painting landscape, creating beauty, is a profound act of worship. This reverence for the natural world has its roots in Shintoism, Japan’s ritualistic religion that venerates the kami – nature spirits – who take a beneficial interest in humans if they are in turn treated properly. Shinto, which literally means ‘the way of the spirits’ (shen/tao), is integral to Japanese life, and coexists elegantly with Buddhism, which teaches three central ideas about the nature of things: that they are transient; that they are contingent; and that they suffer. Unlike monotheistic religions like Christianity and Islam, Buddhism and Shintoism teaches that there is no Creator Being: this jewelled planet is not a poor facsimile of a promised land. We are born here, we die here, our lives burn with a brief brightness and we return again and again to this existence in many forms. Nature is everything: the Japanese phrase that sums up the transience of life is ‘swirling petals, falling leaves.’

Much of Japanese art developed from Chinese ideals, but during the Heian era (794-1185) Japan grew more confident in its own culture and yamato-e (Japanese painting), grew into a deeply meaningful art form with strong philosophical ties to Zen. The apogee of this, sumi-e (ink painting) reflected the simplicity and importance of empty space, central to both art and religion. Sesshu Toya’s haboku sansui, painted in 1501, is a deceptively simple, miraculously still, scribble of ink wash. In a few expressive lines it depicts huts shivering above a lake with a suggestion of mountains looming from the mist behind. It is one of the Great Treasures of Japan. Two generations later, the master of the Momoyama Period, Hasegawa Tohaku, painted another Treasure: Pine Trees (1595), an inked image so effective the cold mist surrounding the trees pours towards the viewer even in photographs.

In the late 1700s Maruyama Okyo – a pupil of the Kano school – brought a new dimension to Japanese art: perspective and naturalism, even going so far as to do life drawings, considered shocking at the time. He was one of a new breed of artists influenced by newly-available Western art, and his work is a wonderfully harmonious mix of western techniques and ethos in an eastern art form and aesthetic. Maruyama was an eclectic painter, ranging from gorgeously lifelike birds and trees to exquisite sumi-e. One of his masterpieces, Pine Trees in Snow, painted using the tsuketate technique, uses only dark and light shadows to create an extraordinary sense of the weight of snow.

Maruyama was fascinated by things half-seen, and painted ghost portraits (images of dead family members) on commission, and folk art, developing the yurei-zu (supernatural art) school of painting. Japan’s vivid and complex folklore, and Shinto’s emphasis on spirits, means Japanese culture has space for a vast range of yurei, literally yu – faint or dim and rei, spirit. They are roughly analogous to western ghosts, essentially remaining spirits who haven’t quite made it ‘beyond the veil’. Yurei are neutral, sometimes mysterious and beautiful, often sad, occasionally vengeful. They always wear white, the Japanese funeral colour, and require living help to help them pass on by performing a task – sometimes as simple as passing on a message. They are so faint you can barely see them; they become more real as you get closer; they require a human interaction to make them ‘exist’. The 20th century author and painter Fitz Van Briessen recounted a legend of Maruyama painting a ghost portrait so realistic that the image came off the paper and flew away. In The Ghost of Oyuki (1750), Maruyama’s exquisite portrait of his dead mistress, she is half there, half not; her eyes downcast, her white robes fading into nothingness, as though being slowly obscured and lost to this world.

In Hamilton’s Sense of Snow series she captures this sense of fading, of a veil being drawn over ordinary objects by the natural action of snow, painting shadows with her camera. Trees, slopes and rocks are rendered otherworldly and mysterious like the yurei, reduced to soft black and white like sumi-e. Pine trees shimmer in mist, echoing Hasegawa’s work, mountains disappear as though under Sesshu’s softest brushstrokes. Slopes are muffled by the weight of silent white. Stark ski lifts mimic torii – the iconic columned gate that guards all Shinto shrines – and denotes the division between the scared world inside the temple and the profane normal world without. These elegant, totemic structures take people and spirits to another world, half in this, half in the next… emphasising the sublimity and power of being in nature, all the more powerful because it is half seen. We are all faint spirits in the snow, half seen, half present.