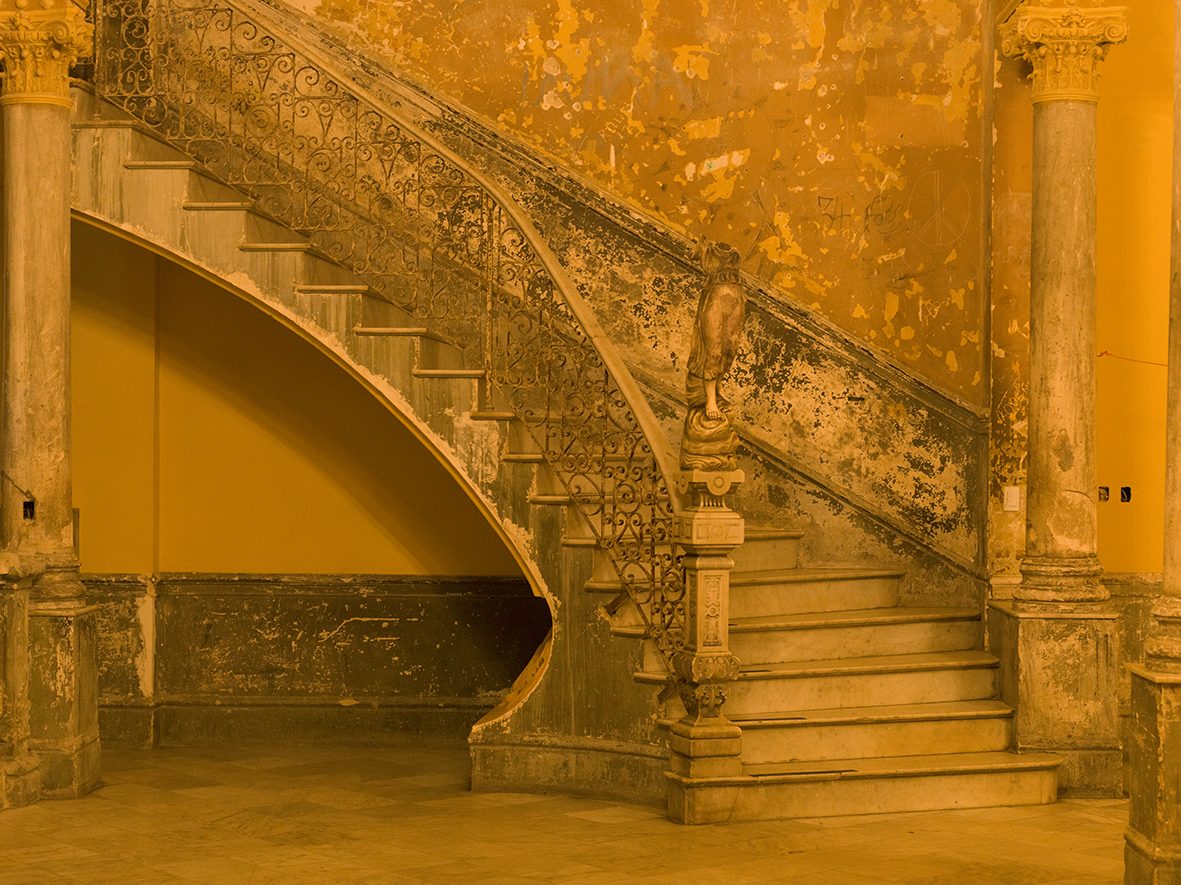 The claim often made about Cuba in travel writing or documentaries is that ‘it’s like turning back time fifty years’. Whether through the colourfully ‘distressed’ grandeur of Havana’s architecture, the paintbox parking lot of 1950s US cars, or indeed the hearteningly rich biodiversity both on land and under water, where healthy coral reefs thrive a mere 90 miles from the diseased and dying reefs of Florida, observers have a tendency to relate Cuba to a bygone time. But Cuba, despite its intensely magical atmosphere, is of our time, vibrant and living, with an energetic creativity pulsing through its people. It has not escaped time, for it is so alive, reeling with the joy and rhythm of living life in the present moment; rather it has escaped, in many ways, layers of human impact, the unrelenting force of material culture that has marched over so much of the globe.

Economic necessity has been a driving force in shaping the island, which should never be glamorised, but it has had a powerful offshoot: creativity. With an incredible 99.8% literacy rate, high human development index, a free and committed education system and a thriving arts scene, medical professionals, professional sportsmen and world acclaimed dancers are now among Cuba’s most coveted exports. Providing doctors is the currency with which it makes its oil trade with Venezuela, and Cuban doctors have recently been the first in the world to develop a lung cancer vaccination. Cuban dancers have a unique, global fame and dance and sports professionals train with incredible discipline, whole-heartedly supported by the state. The embargo on trade which has limited access to much that we associate with development, such as fibre-optic internet cables, has lead to the creation of an underground tech network— el paquete— which distributes digital content all over the island with speed and efficiency. There is a pride in their own resourcefulness amongst Cuban people; creativity learned through hardship that they want to teach the rest of the world.

The effect of social equality throughout the country brings enthusiasm, pleasure and kindness to interaction. When I visited the studio space of Carlos Acosta Danza (where world famous dancer Carlos Acosta has returned set up his own dance academy in the country that gave him the opportunity train his own exceptional talent) there was a pared-down accessibility to the experience. In the absence of long entrenched barriers between people, creative spaces are accessible and inviting, where people with interact and engage with any other person who is standing in front of them without constraint or hierarchy: people are people and enthusiasm is shared freely and contagiously. What dazzles me about the energy in Cuba, is how every corner reflects the human soul’s desire to express itself, and to create with whatever you have. There’s an empty, old building? Let’s set up a dance studio! Let’s set a film in it! Let’s inhabit that space with life, with creativity, not with material possessions. We need to drink in that spirit like cocktails…