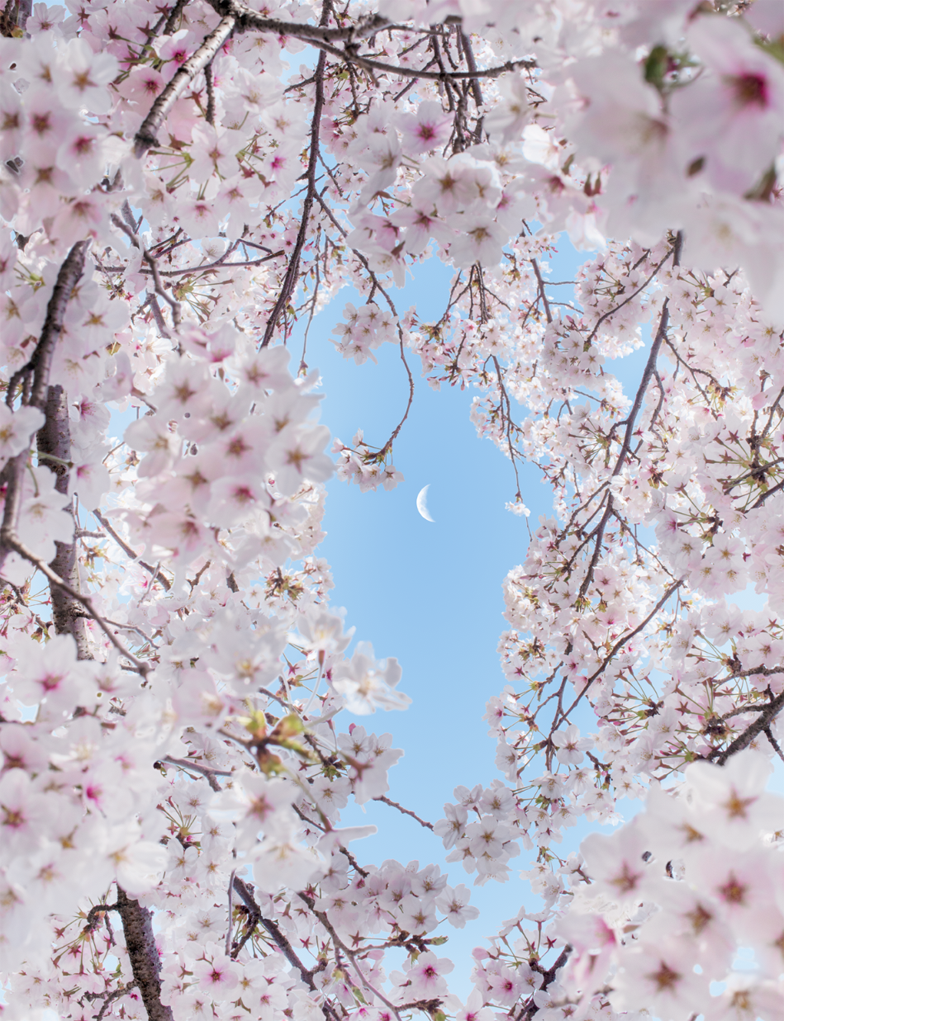 During a visit to Japan in April 2019, I was mesmerised by the evanescent beauty of the cherry blossoms. The softness of the moon, the delicate pink petals, it is twilight. These blossoms materialise so suddenly, brightening the world after the gloom of winter, delivering a quickening feeling of joy. Yet, mingled with this happiness is a strange melancholy, borne of the knowledge that just as quickly as they arrived, they will disappear, leaving no more than a precious memory. Just like the passage of youth, their grace is all too fleeting. This curious feeling, hovering on the borderline of happiness and sadness, is called mono no aware. 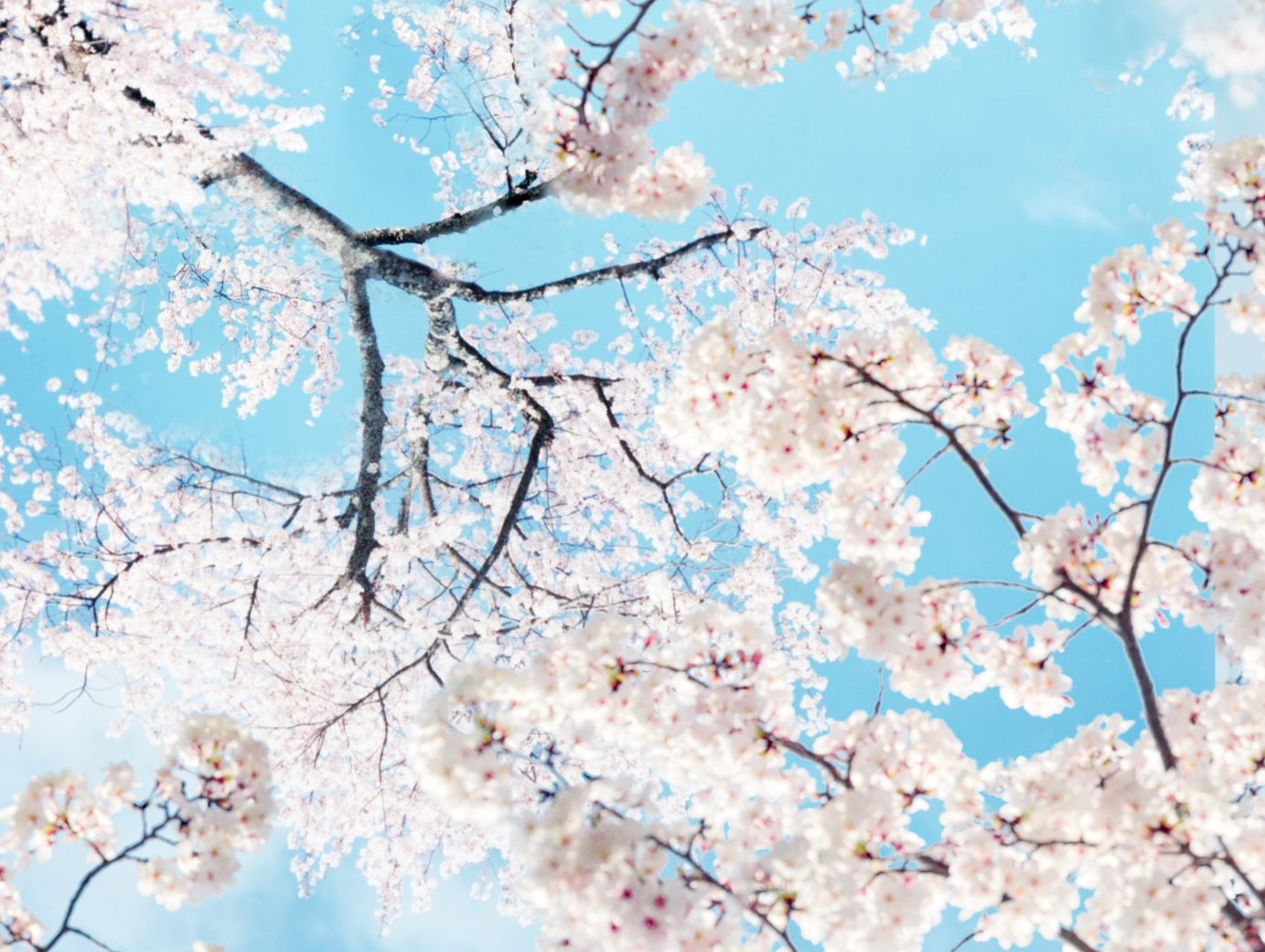 “Without regret
They fall and scatter
Cherry blossoms”

The Essential Haiku, edited and translated by Robert Hass.

During a visit to Japan in April 2019, I was mesmerised by the evanescent beauty of the cherry blossoms. The softness of the moon, the delicate pink petals, it is twilight. These blossoms materialise so suddenly, brightening the world after the gloom of winter, delivering a quickening feeling of joy. Yet, mingled with this happiness is a strange melancholy, borne of the knowledge that just as quickly as they arrived, they will disappear, leaving no more than a precious memory. Just like the passage of youth, their grace is all too fleeting. This curious feeling, hovering on the borderline of happiness and sadness, is called mono no aware.

During the Heian period (794 -1185 CE) in Japan, an era known for its sophistication and elegance, noble men and women would send each other letters as part of courtship. According to a spring exhibition at Japan House, these letters would be written on paper dyed to reflect the season. Several sheets of seasonally-coloured paper would be combined on either side of the text and delicately folded origami style; different folds would denote different meanings. The letters might be dispatched along with a sprig of cherry blossom, and the text of the letter would take the form of a poem incorporating seasonal words and expressions. Through a deep sense of nature, expressed in poetry and wrapped in meaning, courtiers would delicately woo each other, incorporating the beauty of earth and imagination, and a gentle reminder that time does not stand still. The Heian era elevated the concept of mono no aware to a high art. 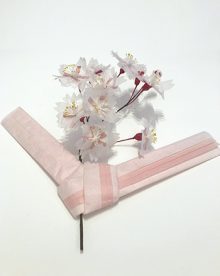 Mono No Aware (物の哀れ)(n.) lit. “the pathos of things”; the awareness of the impermanence of transience of all things and the gentle sadness and wistfulness at their passing as well as a longer, deeper gentle sadness about this state being the reality of life.

Mono no aware reaches its apogee in hanami (lit. flower view), the practice of cherry blossom viewing in spring, when the entire nation turns out to enjoy millions of prunus trees as they bloom in every part of the country, offering billowing clouds and drifts of softest pink. The practice is at least 1,300 years old, originating in the Nara period, and is best experienced while enjoying a picnic with friends and family: hanami is about gathering with those you love while taking in the beauty of the blooms.

This link between man and the environment is fundamental to the Japanese psyche. While hanami is likely to have started in Nara era, the Heian Emperor Saga popularised it (just as he did the tea ritual, another Japanese staple), holding flower-viewing feasts at the Imperial Palace in Tokyo, where poems praising the luminosity and fleeting nature of the blossom were declaimed. Indeed, the first scholarly records of the term hanami are from the Heian era. They appear in one of the greatest pieces of literature ever written: Murasaki Shikibu’s masterpiece genjimonogatari (lit The Tale of Genji).

Written at the beginning of the 11th century and often considered the first novel, it is a paean to mono no aware, with the word aware appearing more than 1,000 times. It documents the life of Prince Genji, the ‘Shining One’, covering his many romantic entanglements, successes and failures. The cherry blossom is used as a symbol of the prince, of his perfection and fleeting human life.

The novel is saturated with loss: affairs fail, the hero is exiled, lovers die, all while speaking entirely in nature-related poetry – which was the actual conversational form of the Heian Court at this time. In one aware moment, Genji is walking with his young grandson in the gardens of the Rokujo Mansion, knowing his beloved wife Murasaki is dying. Prince Niou points out a tree he has lovingly tended: “There are flowers on my cherry tree! I will not let them fall, ever! We must put up a curtain all round them—that way the wind will not get at them!.” Niou’s conviction that he can hold back time, that we can have eternal spring, is deeply poignant to contemporary as well as ancient audiences. 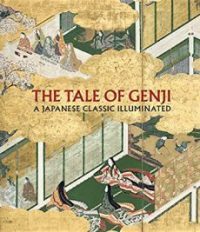 The Tale of Genji: A Japanese Classic Illuminated
2015 © The Metropolitan Museum of Art

“What a strange thing!
to be alive
beneath cherry blossoms”

The populist poet Issa (who knew a thing or two about loss) and the master Basho continued in this tradition – celebrating the fragility of nature, reminding readers of the transience of things. Issa’s haiku at the beginning of this piece is a masterpiece of understatement and acceptance, a breath of aware.

As hanami gradually filtered down to the samurai society and beyond, cherry blossom also became an emblem of ukiyo, ‘the floating world’, particularly in the Edo period (1615-1868), when the new financial power of the merchant class caused a great flowering of art and literature. Even here the meaning was two edged: the floating world of ephemeral fun but also with the meaning of fleeting, transitory.

The 18th century Edo scholar Motoori Norinaga (1730-1801) felt that the whole task of creating art was to express mono no aware. He also saw appreciation of aware as a form of knowledge and understanding of the commonality of the human soul. He wrote: “To know mono no aware is to discern the power and essence, not just of the moon and the cherry blossoms, but of every single thing existing in this world, and to be stirred by each of them.” Understanding mono no aware shows that we have kokoro, literally the heart-mind, best described in Lafcadio Hearn’s lovely phrase, ‘the heart of things’, speaking deep into our souls. 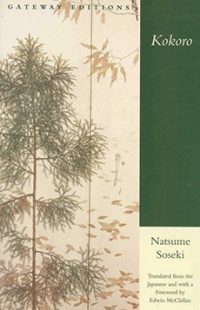 As Noringa explains, the mono no aware or pathos of things in art and nature can not only train us to become more sensitive to beauty but also can help us to reach more of an acceptance of the mortality that makes life seem so painful at times. The great source of sadness, the perishable nature of things, is also what gives them such a singular beauty and moving power. And Noringa believed that art and writing can be therapeutic in their channelling of ‘aware’. Our deepest emotions seek an outlet and expression – and art helps to prevent such feelings from overwhelming us. For Noringa, the greatest relief comes when someone else appreciates our art and shares in its feeling. In this small moment of collective ‘aware’ is the potential for a more profound sense of community.