Mauve  |  Source: How colour takes us on a journey

Mauve
N. A pale purple named after the mallow flower, from the Latin malva. A colour more grey than blue with a hint of magenta, sometimes described as pale violet. 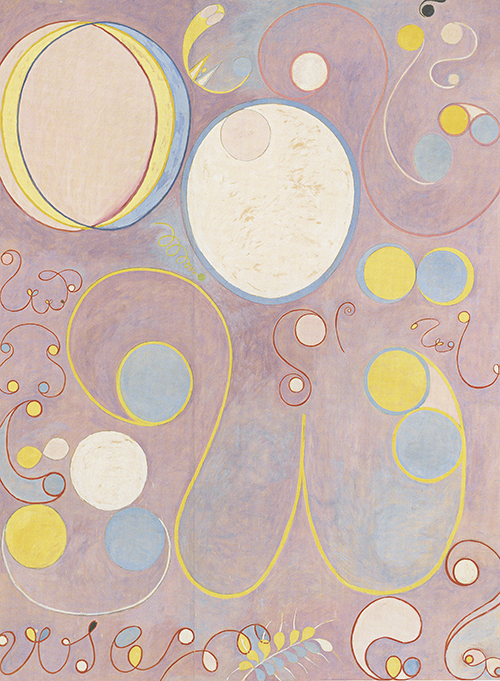 Flash after flash across the horizon:
Tourists trying to take the Grand Canyon
By night. They don’t know
Every last shot will turn out black.

It takes Rothko sixty years to arrive
At the rim of his canyon.
He goes there only after dark.
As he stands at the railing, his pupils open
Like a camera shutter at the slowest speed.

He has to be patient. He has to lean
Far over the railing
To see the color as of darkness:
Purple, numb brown, mud-red, mauve
-an abyss of bruises.
At first, you’d think it was black on black
Something you don’t want to look at, he says

As he waits,
The colors vibrate in the chasm
Like voices:
You there with the eyes,
Bring back something from
The brink of nothing
to make us see.” 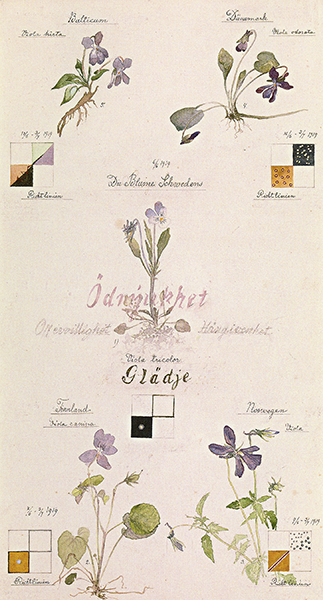 Mauve is a fugitive colour. Used as a noun, mauve historically describes a bright purple synthetic dye; as an adjective it is the delicate pastel purple of wildflowers. It blooms then fades; it finds you at dusk, steals through the shades of night and vanishes at the break of dawn. It’s the colour of spontaneous attraction and unrequited love. From the royal family of purples, once reserved exclusively for nobility, it can bestow grace on the wearer and inspire awe in a painting. When it appears, everyone wants a piece of it, but it shrinks like the violet and retreats into the shadows. It’s a bruise you can’t hide, or a colour that matches your eyes. “Mauve is chimera,” said Derek Jarman.

Neither the colour or its name was used much in England before 1856, when a precocious young chemist, William Perkin, accidentally discovered the first synthetic aniline dye. This luminous shade, extracted from the lamp-black of coal tar, revolutionised the fashion industry and went on to transform medical research itself. It provoked such a fashion craze, Punch magazine called it the ‘Mauve Measles.’ However, the dye faded easily, and by 1873 was replaced by other synthetic dyes. It explains our multivalent understanding of the shade: “As the memory of the original dye soon receded, the contemporary understanding of mauve is as a lighter, less-saturated colour than it was originally known,” points out Susan C. Druding in her 1982 seminar History of Dyes from 2600 BC to 20th Century. 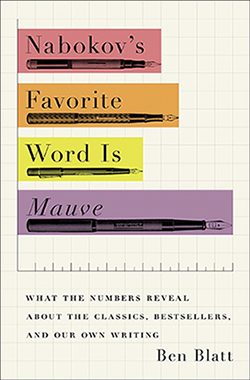 “Colours are the product of language under the influence of culture,” said the linguist John Lyons, and writers relish the word. To Oscar Wilde, mauve “has a history;” while Margaret Atwood saw light mauve as “subversive” and Proust remembers asparagus “stippled in mauve.” Nabokov’s Favourite Word is Mauve was published by statistician Ben Blatt in 2017, who designed an algorithm to sort through thousands of books and find an author’s three favourite words. Nabokov used mauve more than any other: 44 times, and his use is tinged with nostalgia. In Speak, Memory he writes, “Then I see—projected, as it were, upon the inside of the eyelid—gray figures walking between beehives, or small black parrots gradually vanishing among mountain snows, or a mauve remoteness melting beyond moving masts.”

Mauve is a tertiary colour, and three is the magic number when it comes to an artist’s palette. Blatt humorously describes how you can hear an author’s voice in their three favourite words: “Civility, fancying, imprudence. If you guessed Austen, you are correct”, and artists tend to use colours in this way also. It’s a holy trinity that goes back to the medieval artist’s use of ultramarine, crimson and gold. However, with the advent of synthetic pigments, artists accessed a whole new world of colour. Van Gogh adored yellow, at first ochre, then the newly-discovered cadmium and chrome yellow. To these he added complimentary violet and mauve, later describing his work Field with Irises as, “A Japanese dream in which I saw the power of the entirety of life in the combination of colours”.

This completely modern palette offered a kaleidoscope that opened new artistic horizons, entire ways of seeing. It runs through the Impressionists, Post Impressionists and one of the first abstract artists of the 20th century, Hilma af Klint, as revealed in a superb retrospective at The Guggenheim New York in March-April 2019 https://www.guggenheim.org/exhibition/hilma-af-klint. Paintings for the Future showcases her transcendent Temple Series: 193 paintings made between 1906 and 1915. Because her vision extended beyond the conceptual framework of her era, a vision that channeled a symbiotic relationship between creativity and nature, these works remained in the shadows until almost a century later. In the largest we see abstract, biomorphic doodles against a light-mauve background. Shown alongside some of her detailed botanical drawings, these images communicate a love of nature through prayer like observation of organic forms. They are euphoric. 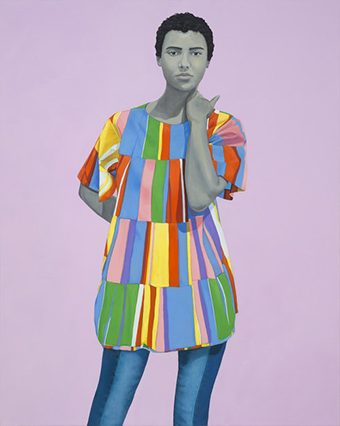 Perhaps because mauve is at the edge of the visible spectrum, it signals the possibility of something new. It has a mythical feel. Amy Sherald, who was chosen to paint Michelle Obama, frequently uses pale mauve as a background in her portraits. It uplifts and dignifies, a colour previously absent from important portraits, and especially fitting for this new era.

Mauve is a mysterious colour which combines the opposites of red and blue suggesting nobility and spirituality. It invokes feelings of romance, nostalgia, and wonder. As its complementary colour, it balances the pale yellow sun. It goes elegantly with other shades of purple, but is complex enough to stand alone. It is also a fugitive, peripheral and delicate colour, one that fades as quickly and blooms unexpectedly. In all my attempts to capture mauve, I was successful only once and it was at twilight when both the moon and the sun could be seen.  It felt like a rare and precious reward after many years. 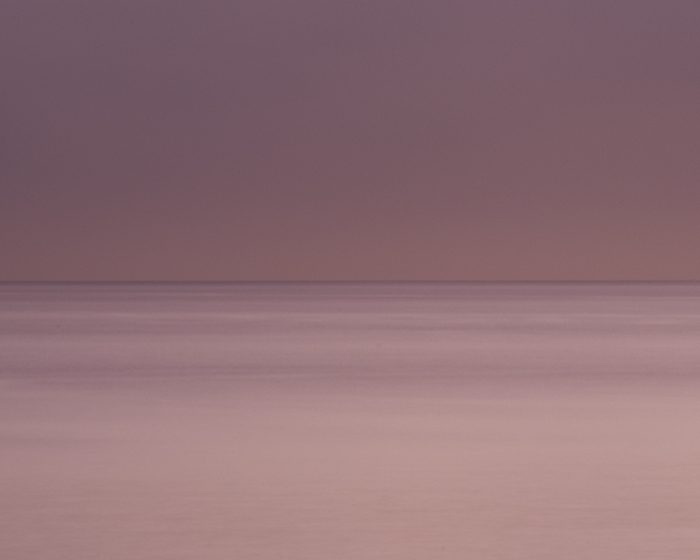 “The equidistant sea and sky were divided for her by the line of gravity like an hour-glass, through which a ship wrapped in pink-mauve haze passed from one element to the other, coming down over the horizon” Burger’s Daughter, Nadine Gordimer, 1981.

In my observation, people that love to see and wear mauve are making a statement. They are eccentric, talented, creative and attractive and dare to call attention to themselves. Often hopeless romantics, they possess a childlike dreaminess which can be criticized as “having one’s head in the clouds”. At the 2019 Oscars, where he was nominated for three awards for BlacKkKlansman, it was hard to miss Spike Lee’s all purple ensemble, a tribute to Prince, the legendary singer who trademarked his own shade of purple as well as a Pantone-branded colour in his name. The seminal singer was someone who knew all about the power of purple. 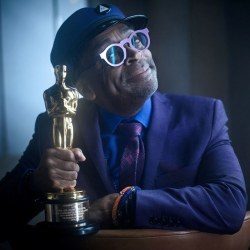 Our next sea voyage through the colour spectrum will be to Aquamarine, a gem from the beryl family named after the sea – a stone for eternal youth and happiness. The colour has been long associated with intelligence, prosperity and power. Aquamarine is calming, soothing, and cleansing, and inspires truth, trust and letting go.