Mauve  |  Connections: How colour interacts with the wider world 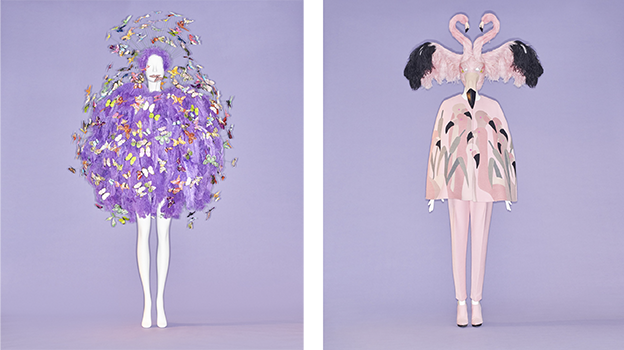 Perhaps it was the way novelist Emile Zola named the Impressionist’s love for pale mauve and violet as a “gay scandal” that forever aligned the colour with all things camp. Though he was referring to their joyous “exaggeration of light” using purple shades, the critics’ condemnation of their style as provocative and unnatural echoed Victorian attitudes of strict social order, one that was distinctly colour coded.

However, these brilliant works of colour were impossible to ignore. Monet, Renoir, Pissarro et al did not just paint the world differently, they saw it differently. Just as the vivid paintings offered welcome relief from the ‘pretentious things’ and narrow mores of official salon gatherings, so too did gaily-coloured clothes offer a new dress code to the Edwardian dandy: one that resonated deeply with those who fit uncomfortably into society. Perkin’s extraordinary new synthetic dye was a revelation for the fashion industry, and the colour was taken up with such fervour that the optimistic, carefree 1890s will forever be known as the Mauve Decade. One might say it was the first democratic purple, a colour previously unavailable to the public because of the prohibitive costs of production, and reserved for royalty. It was a colour associated with devotion, dignity and wisdom, rarely seen in public before the 1880s – certainly not worn by the public – and it seemed to elevate the wearer and excite those around.

Of course, in the world of fashion, too much of anything is never a good thing. Soon journalists adopted: “The medical language of contagion to describe mauve’s rapid spread through the population, describing it as‚ ‘very catching’”, says Alison Matthews-David, in her book Fashion Victims. This language foresaw the trial of Oscar Wilde in 1895, and as mauve fell from grace along with the crinoline skirt, it became associated with decadent aesthetics. While the general population moved onto the next big thing, mauve became code for a more open-minded attitude to life.

Fashion offers the wearer the opportunity to belong to something greater than themselves, and the dandy – with his revision of masculine standards – led the way. Whilst not explicitly stating their sexual preferences, by dressing differently as a group and affecting a certain attitude, the idea of ‘normal’ or ‘natural’ behaviour was challenged. And everyone followed their lead, from society lords to middle-class mothers. Baudelaire, who died pre-mauve in 1861, understood the dandy as a disenchanted rebel, one who attempted to create a new aristocracy of genius, or at least of talent: “The last blaze of heroism within decadence. Dandyism is a setting sun… superb, without warmth and full of melancholy.” His secret was marginal, risqué sexuality blended with high social rank, two major driving forces in the fashion industry to this day. He was the new king of fashion.

“There may be a handful of Londoners who remember the apparition that graced the Underground one autumn day in the late 1980s. The septuagenarian gentleman was resplendent in an immaculate neo-Edwardian suit with breathtakingly tight trousers and a long coat adorned with a mauve carnation that highlighted the rouge on his discreetly made up face…. His favourite colour, mauve, crops up frequently and the Roger tartan was pale yellow and mauve.” – The Dandy at Dusk, Philip Mann, 2017. 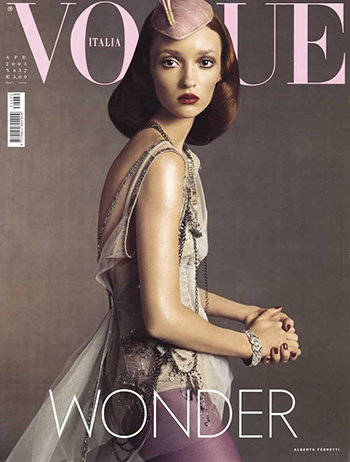 Neil Muro Roger, the dandy couturier who invented capri pants, was lovingly known as Bunny. His rigidly tailored Neo Edwardian look was the apotheosis of the art of camp. And camp itself is the apogee of the daring expression of self away from the mainstream – in one sense it is Haute Couture. Curator Andrew Bolton traces the word itself back to the French verb se camper, used by the military and meaning to strike an exaggerated pose. Its current use has its origins in the flamboyant posturing of the French court under the Sun King, Louis XIV. Military fashion has always been a rich seam of male vanity and camp, reaching all the way back to Julius Caesar’s prized Tyrian purple robe. Of course, the prime virtue of regimented military tailoring is to express rank, and lead by example. And, in the 19th century its colour became mauve.

No-one understands the power of colour better than fashion doyenne Anna Wintour, who attended the launch of Camp: Notes on Fashion, 2019’s major fashion exhibition at the MET. Wintour loves a well-tailored mauve dress and a string of chunky amethysts. Whilst dresses and hues on the cover of Vogue may go in and out of fashion, she never does. Paying tribute to the late Karl Lagerfeld, who only wore mauve-tinted shades, she said, “He was as erudite as he was generous.” Loved and reviled, fashion’s very own Sun King, his aesthetic was also a power play. He was above fashion, because he, like a handful of others, decided what fashion was.

“Fashion is the most overt and enduring conduit of the camp aesthetic,” says Camp’s curator Andrew Bolton. “When you look at times when camp comes to the forefront of culture, it is at moments of polarisation… It seems to me this is because camp is a powerful language for the marginalised.” The exhibition takes its cue from cultural critic Susan Sontag’s Notes on Camp, written in 1964. To her, its essence was a love of the “unnatural: of artifice and exaggeration.” With a dandy’s outré attention to detail, the curators aim to show how camp evolved from a place of marginality to become an important influence on mainstream culture: the way popular culture embraces certain aspects of camp – from the first rage for mauve through to disco chic and the explosion of colour and shoulder pads in the 80s. 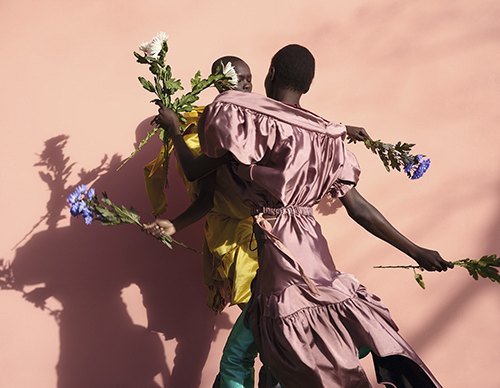 The MET’s exhibition wasn’t the only event in town, as evidenced by Valentino’s recent couture show with its swathes of luxurious mauve taffeta, violet silk and crimson organza, or Viktor and Rolf’s outrageous parody of the crinoline, quadruple-layered taffeta and gauze skirts replete with ironic pop art slogans. If this joyous excess tells us anything, it’s that our current trend of camp is at its zenith. To many it represents a carefree and welcome antidote to recession-era minimalism, a glorious optimism, echoing the Mauve Decade. The parallels are interesting: in that era the colour and gaiety masked a series of economic and cultural shocks followed by a descent into nationalism that led to World War I. Then like now, I can’t help wondering if camp’s moment in the sun signals a huge change in the world as we know it. There is an extraordinary nostalgia in the colour, described by F. Scott Fitzgerald in The Crack-Up: “And lastly from that period I remember riding in a taxi one afternoon between very tall buildings under a mauve and rosy sky; I began to bawl because I had everything I wanted and knew I would never be so happy again.”