Snow White  |  Source: How colour takes us on a journey 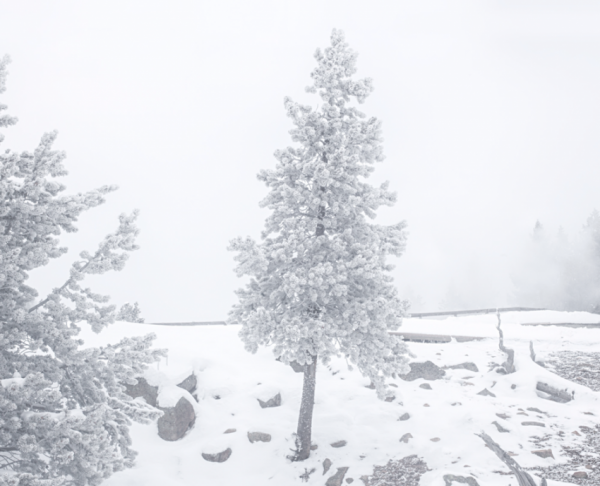 One must have a mind of winter
To regard the frost and the boughs
Of the pine-trees crusted with snow;

And have been cold a long time
To behold the junipers shagged with ice,
The spruces rough in the distant glitter

For the listener, who listens in the snow,
And, nothing himself, beholds
Nothing that is not there and the nothing that is.

A MIND OF WINTER, WALLACE STEVEN
1921, PUB. THE POETRY MAGAZINE

Snow white: the colour of deep winter, the epitome of nullity. Snow always feels magical, even when it promises danger: feathers falling from the sky, muffling everything, rewriting the landscape, negating colours, casting scenes in shades of grey, black and white. Snow purifies the world, makes beautiful the most prosaic scene, everything hushed under a shroud. Snow white is the Platonic promise of a perfect world to come or the Zen ideal of empty vessel – a space to think, grow and become.

While the Anglo-Saxon word hwit meaning ‘bright, radiant; clear, fair’ comes via old Germanic hweit from the Sanskrit ‘white; to shine’, the Romance languages use the word blanc, meaning colourless – a nothing. The writer and designer Kenya Hara sees white as an empty container, the emptiness of the void, of communication via listening rather than pressing one’s opinion on another.

The artist Robert Ryman, who died in February 2019, perhaps understood this better than anyone. He spent virtually his entire career on white. “It was never an intention of mine to make white paintings,” he told Art News magazine in 1986. “The white is just a means of exposing other elements. White enables other things to become visible.” It was about the physical means of production: colour was a distraction. As art critic Adrian Searle says, “What Ryman focused on was as much painting’s materiality as image-making… Material became a matter of the sheering and adhering of surfaces – lacquer or casein-based paints, oils and acrylics on wood or paper, canvas or metal. Gloss and matte-ness, thickness and thinness, evenness and churnedness. He worked his fields of white, walked their fences with his brush and his eye.” Ryman was called an Abstract Expressionist and Minimalist, but he preferred the term Realist, saying, “I don’t abstract from anything… I am involved with real space, the room itself, real light and real surface”. 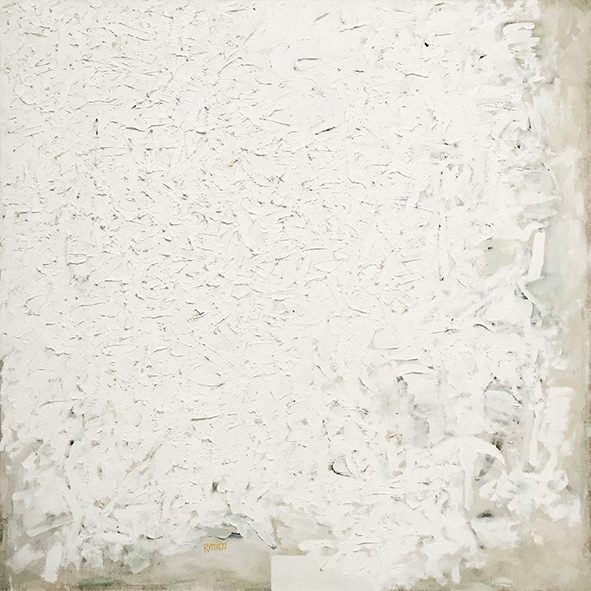 If I could bottle the finest new snow over trees and mountain capturing glints of sunshine, the silence and serenity, and stir them together, this would be my choice for a monochrome of infinity. Pure white contains a perfect balance of all the colours – it represents total reflection, channelling the full force of the spectrum. It offers protection, encouragement and peace of mind because a sense of order is restored. Green sits at the centre of the spectrum and is the colour of balance. When white has a hint of green, as is often the case of snow reflecting the pine trees around it, it encompasses a sense of restoration and awareness of our beautiful environment. 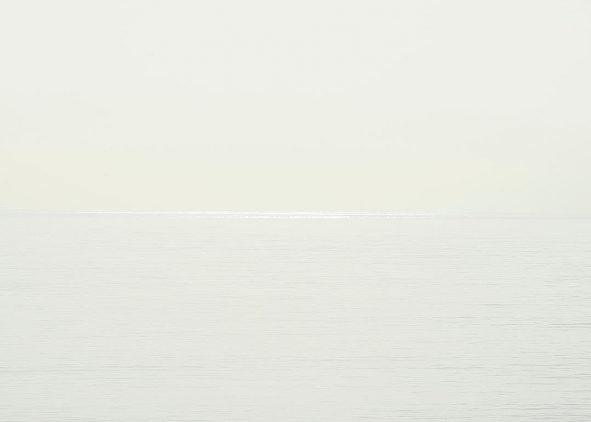 Our next sea voyage through the colour spectrum will be to Perkin’s Mauve, representing the colour that changed the world. It is the hue for hopeless romantics who retain their child like sense of wonder but suffer in the real world. Also, it represents innovation and individuality. From a favourite colour of impressionists like Bonnard and Monet, to the most popular symbol for “Camp” in fashion, mauve is decadent yet youthful.