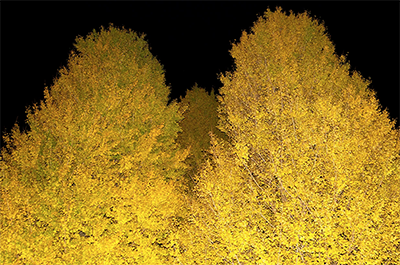 Early one morning in 2017, a little girl playing on the beach at Indian Shores, Florida, saw a seagull with what looked like a bright orange Cheeto in its beak. The gull dropped its bounty and, going over to investigate, the girl saw, not a crisp – but a tiny, frightened seahorse. She filled her bucket with sea water, placed it inside, and raced over to her mother. They took the creature to the Clearwater Marine Aquarium (CMA) which identified it as a female lined seahorse, a species that changes colour to match its surroundings. After a few days, the little creature started to eat, and changed from orange-red to a cheery chrome yellow, perfectly reflecting everyone’s feelings about her survival. CMA marina biologist Don Stansell revealed the odds of the little invertebrate’s rescue were infinitesimal: “It’s amazing because all of the things happened at the exact right time and probably only in a two-minute window for her to have survived.” 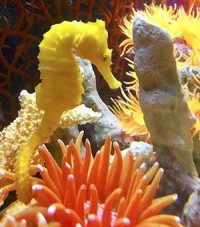 As this story reflects so beautifully, yellow is a colour of hope and survival, of health and vitality, and of the promise of spring after winter. In Europe the arrival of the daffodils – their vivid heads nodding in promise while the trees are still bare – is the first indication that the cold season is on its way out. They do not last long though, these harbingers of the sun: by the time the tulips reveal their multi-hued cups, the daffodils have already browned and wilted away. 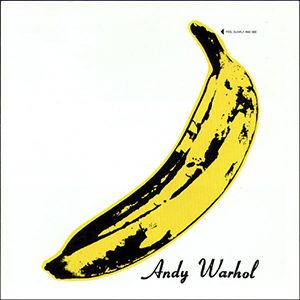 As with the ageing banana depicted in Andy Warhol’s screen print, chrome yellow is a colour that symbolises both peak health and vitality as well as the process of atrophy: our relentless fight against time. This dichotomy is key to this primary colour, which abounds in nature. So many good things are chrome yellow: canaries, daffodils, and egg yolks, buttercups, chicks and butterflies. It also represents things that are good to eat: it is a powerful symbol of high-energy carbohydrates, ripened by the sun. Think twice before you shop for yellow: because the cones in our eyes process yellow first, it is the most visible colour on the spectrum, which makes it a powerful stimulant and used by fast food chains to encourage fast, voracious eating.

So, we love chrome yellow because it is the colour of growth, warmth and a life well lived. Yet chrome yellow is also unstable and short lived. But it also has its negative side: the bright stripes of a wasp warn of its sting, the yellow flowers of laburnum of its poisonous sap. On the one hand this shade offers youth, joy, kindness, humour and spontaneity, on the other it represents duplicity, jealousy and the yellow belly of cowardice. Chrome yellow, and yellow generally, is the only colour that reacts badly to black, only a drop causing a sickly yellow-green. Across different cultures, we see examples of yellow’s sinister side. In Russia, a colloquial expression for an insane asylum used to be ‘yellow house’. Those condemned to die during the Spanish Inquisition were put in yellow as a sign of treason. A yellow patch was used to label Jews in the Middle Ages, and again during the Nazi era when ‘juden’ were forced to wear yellow Stars of David. Finally bright ‘marigold’ yellow is associated with death in some areas of Mexico and other countries; yellow in the skin is an indicator of jaundice, toxicity and illness.

As yellow blackens or ages, it loses its power. It can be anxiety provoking, make you critical – feeling yellow’, it quickly becomes dirty, unpleasant, rotten. Hippocrates identified yellow along with black as constituting bile, one of the four humours that made up the character of man. For instance, if humans possessed an excess of yellow bile, it was thought to produce aggression, and reciprocally excess anger would cause liver damage and imbalance the humours. Colour experts suggest that yellow relies mostly on itself and prefers not to get emotionally involved. It relates to our ego, our self-confidence, how we see ourselves and how others see us. We learn to ‘just deal with it’. 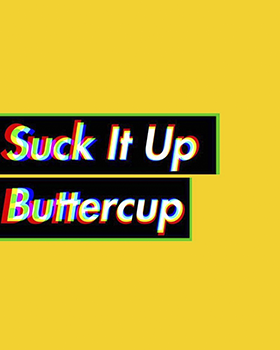 Many older people do not respond well to large amounts of yellow as the colour vibrates too fast for them, and its high intensity can be too much for those who are overwhelmed and stressed. For others it is the ultimate boost for enthusiasm in life, warmth and confidence. Goethe found it to be a warm colour with a serene effect on the soul. Mondrian found it to be the colour of the intellect because it resonates with the left (logical) side of the brain which stimulates our mentality and perception. Yellow puts emotions aside, and thoughts come from the head rather than from the heart.

The setting sun, yellow in nature after the hot white of the day, is unstable and short lived. Its rays may give us colour by day, but it also takes its due, leaching even the most vibrant pigment and causing colour to fade with exposure – in the case of the original chromium yellow, for it to darken and muddy its clear tone. Pages of books and photographs turn yellow, paintings lose their vivid tones, unwatered crops blanche away their green, and autumn leaves fade to orange or chrome as the tree absorbs its energy store and discards the husk. The heat of the sun causes a chemical reaction which changes the atomic structure of materials; it has the power to illuminate and destroy.

And yet, it is precisely this instability, the awareness that nothing lasts forever, which makes great art so very precious. It is not just the way their depiction lifts the soul, but their very fragility. This was something we witnessed with the horrific fire in Notre Dame last month, and last year when the Glasgow School of Art and Brazil’s National Museum of Art went up in flames.

Perhaps the Persians understood the colour best: it signifies sickness and loss but also wisdom and connection. The people of this ancient civilisation were excellent medics in an era when European doctors had no other solution than leeches. But all cultures, Persians included, used and revered one little plant: the bold and dauntless dandelion, with its ability to grow anywhere and bloom at all times of the year – its sun-like yellow face the first flower to appear in spring, the last to disappear in winter. Every part of the dandelion is edible, from the root to the flower (dandelion wine), and its young leaves, with their serrated shape (from which the plant takes its name, dent-de-lion), are packed with vitamins and antioxidants. The roots were used for flour and as a very acceptable coffee, and in early spring, when the autumnal stores were finished and the crops had not yet started growing, dandelions often stood between a poor family and starvation. As for medicine: it was (and is) used as a diuretic, for skin conditions, asthma, low blood pressure, poor circulation, ulcers, constipation, colds and hot flushes. The perfect healing sun. 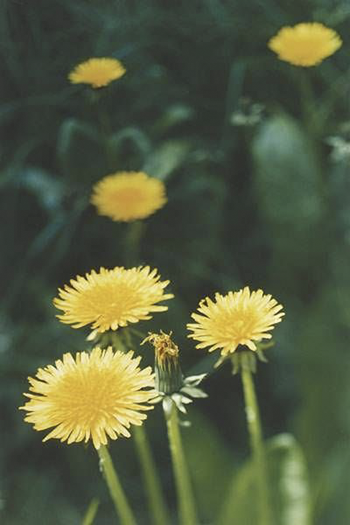 This bright hue is the colour of change and renewal, one that connects us. These feelings are linked by our great life-giver and taker: Sol. If we did not know that the sun would set, that the day would fade, that the colours would not retain their shine, we would never appreciate them so much, especially in this beautiful season, when the magic of chrome yellow is all around.

How I loved those spiky suns,
rooted stubborn as childhood
in the grass, tough as the farmer’s
big-headed children—the mats
of yellow hair, the bowl-cut fringe.
How sturdy they were and how
slowly they turned themselves
into galaxies, domes of ghost stars
barely visible by day, pale
cerebrums clinging to life
on tough green stems. Like you.
Like you, in the end. If you were here,
I’d pluck this trembling globe to show
how beautiful a thing can be
a breath will tear away.
– A Dandelion for my Mother, Jean Nordhaus. Innocence, 2006.