If scarlet represents, in the little kermes ilices, the Passion of the Christ and the blood of martyrs, one of the strangest contradictions is that it is also the colour of lust and adultery – a truly schizophrenic colour. As Kassia St Clair describes in The Secret Lives of Colour, “Scarlet is linked with the archetypal scarlet woman, the biblical Whore of Babylon.” In the Bible (Revelation 17:1-6) ‘The Great Harlot’ comes ‘dressed in purple and scarlet.’ St Clair continues, “This binary reading is typical of scarlet. Although it has long been prized as a colour for the prestigious and powerful, it had, from the beginning, always been a victim of unintended meanings.” 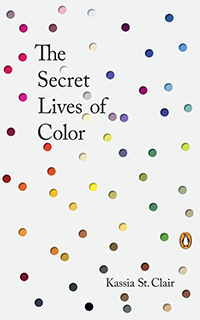 This shift in symbolism from denoting the sacrificial mother to the adulteress, unable to control her lust, is fictionalised in Nathaniel Hawthorne’s masterwork, The Scarlet Letter. Written in 1850 and set in a 17thcentury Puritan Massachusetts Bay colony, it tells the story of Hester Prynne who has conceiving a daughter, though her husband is presumed dead, and she is required to wear a scarlet ‘A’ (for adulteress) on her dress to shame her. Hester’s innocent daughter Pearl is also stigmatised, which becomes the central question: how one creates a new life of repentance and dignity. A novel rich in Christian symbolism, The Scarlet Letter examines the notion of redemption – both personal and societal – but also the burden that sexuality can place upon a woman. As Derek Jarman wrote in Chroma, “Red protects itself. No colour is as territorial. It stakes a claim, is on alert against the spectrum”. Yet a woman’s relationship to the shade is mediated and controlled: we must not be flowing, open hearted, and passionate, to only ever allude to the workings of the body.” 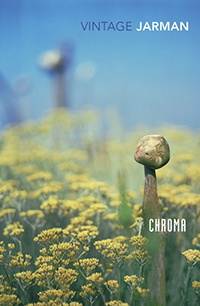 Scarlet’s duplicitous nature is used to brilliant effect in The Scarlet Pimpernel, written in 1905 by Baroness Orczy. The protagonist Sir Percy Blake leads a double life, posing as a dandy but in truth providing safe passage to his aristocratic friends from death by Guillotine. Not a covertly feminist narrative per se, this is a novel that foresees another revolution – women’s suffrage. Perhaps, the female author was suggesting that scarlet is a hue we need to understand, in order to take back control. 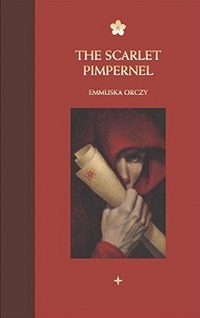 Colours are cultural, and in Asia scarlet does not have the undertones of guilt and lust – they have no crimson worm. Scarkety is the colour of good luck and happiness, a shade forbidden at funerals. In the old fable The Red Thread of Fate, the gods tied an invisible red thread around the ankles of a man and a woman who were destined to meet. Their connection states that they will have an important part to play in each other’s story, regardless of time, place or circumstances. The red string might get tangled, contracted or stretched but it can never break. The beauty of this is that while the story is often associated with the western idea of soul mates, connected for eternity, the beauty of the proverb is that it does not prescribe what kind of love – eros or agape (passionate vs platonic) – nor is it limited to one person. It can even be people who are simply meant to influence or help each other in their lives. Still used ceremoniously by families who adopt a child, a red string stands for a new connection of love and fate, invisible yet binding stronger than any chain.

This thread of love is synonymous with the thread of the unseen – that sense of our spirits and lives being bigger and more than the sum of our frail bodies, beyond human connection and into the universe, what Freud described as ‘the oceanic feeling’. It is such a universal trope that it appears in Greek mythology through the story of Ariadne, daughter of Minos, princess of Crete and half-sister of the Minotaur, a character famously immortalised by the Renaissance master of red Titian. Ariadne falls in love with Theseus, the Athenian hero sent into the labyrinth, so she helps him escape by giving him a string to find his way back out. This concept of bringing someone out of a labyrinth links us to the protective power of love. By wearing a red string we make visible that which we cannot see but can feel. Yet the ancient myth acknowledges a darker truth: threads can be cut. Theseus abandons Ariadne and destroys her family. The Three Fates control human lives: Clotho spins fates, Lachesis dispenses them; the third Fate, Atropos, dispatches them, cutting loves with the sharpest of shears. We cannot escape our destinies and the ties that bind us, and nor should we.