Aquamarine | Sense: How colour engages us 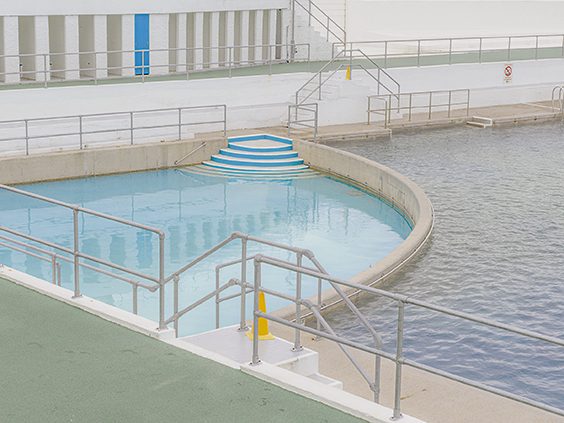 From frigid depths to swimming pools… For British artist David Hockney, aquamarine was the sun-drenched, high-pitched colour of love, his own Aphrodite’s Stone: the dazzling shade of the American Dream. His paintings are awash with pops of blue-green: foregrounded in portraits, vivid lozenges floating in self-portraits, iconic sun-dappled swimming pool paintings glistening with rivulets of blue-green. Aquamarine represented freedom and escapism, it saturated his sense of the place he would make his home: California. In Portrait of an Artist, the distant mountains, swimming pool ledge, rippling water and even the shadows on his trouser leg highlight the artist in his red jacket. He is solidly present, the focus of the painting – yet still somehow still tentative in this super-charged landscape. Supplanted from England’s grey skies and green pastures, the vitreous teal of a perfect swimming pool in the sun was the colour Hockney needed to develop both as an artist and in his personal life.

“California was a place of fantasy for him,” said Andre Wilson, co-curator of his 2017 retrospective, the most extensive overview of Hockney’s career to date, organised and shown by Tate Britain, Centre Pompidou and the Metropolitan Museum of Art. “He still loves the high-keyed colours, the light, the sensuousness and sexiness of California.”

Hockney fell in love with the rectangles of aquamarine set into the Californian hillsides from the window of his plane as he arrived; the swimming pool became his favourite motif because it was the essence of fluidity, a space to explore hidden desire. To generations of modern Britons, swimming baths represented, in the words of journalist Adam Heardman for Mutual Art: “A crucial formative zone of both sexual expression and sexual repression. Water, in its simultaneous fluidity and tension, its co-habitation of ‘surface’ and ‘depth’, is therefore a ready-made metaphor for these experiences. The transgressive act of breaking its surface tension with a splash, like a rebellious kid ignoring the rules, running and bombing into a pool, can [in the words of academic George Townsend] ‘stand in for the unsettled surface of erotic desire’”. The universal appeal of Hockney’s images lies in both our attraction to the fantasy of sun-filled water, and the possibility of being fluid, mingling, with the object of our desire. The Californian light traces mosaics of aquamarine and cerulean in the water, called called optical caustics. Townsend explains this word comes from the Greek kaiein, meaning to burn. These images describe the quenching of, and plunging into, the heat of summer love. 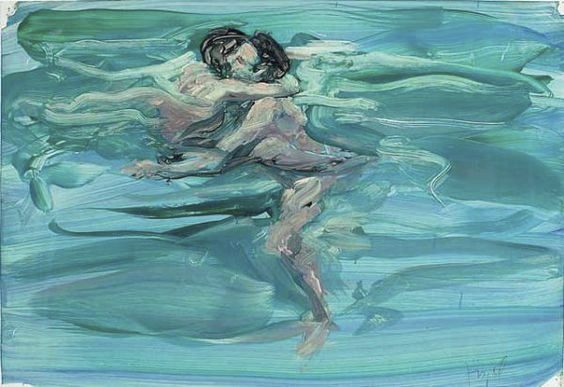 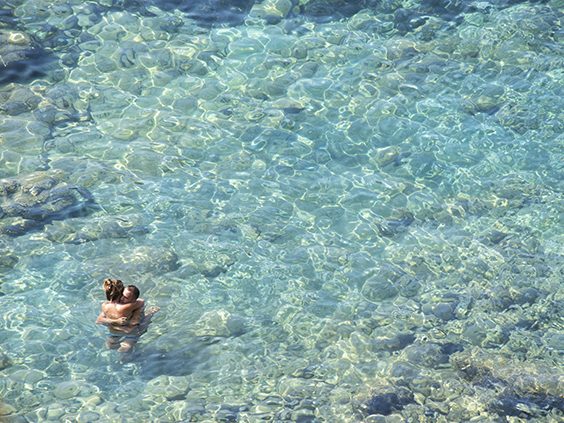 Being and Nothingness No.1, 2013 © Andrea Hamilton

“He smiled understandingly – much more than understandingly. It was one of those rare smiles with a quality of eternal reassurance in it, that you may come across four or five times in life… It understood you just as far as you wanted to be understood, believed in you as you would like to believe in yourself, and assured you that it had precisely the impression of you that, at your best, you hoped to convey.” 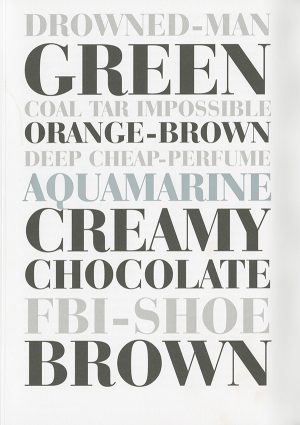