“Aquamarines grew with emeralds, Claire told me. But emeralds were fragile and always broke into smaller pieces, while aquamarines were stronger, grew in huge crystals without any trouble, so they weren’t worth as much. It was the emerald that didn’t break that was the really valuable thing.” 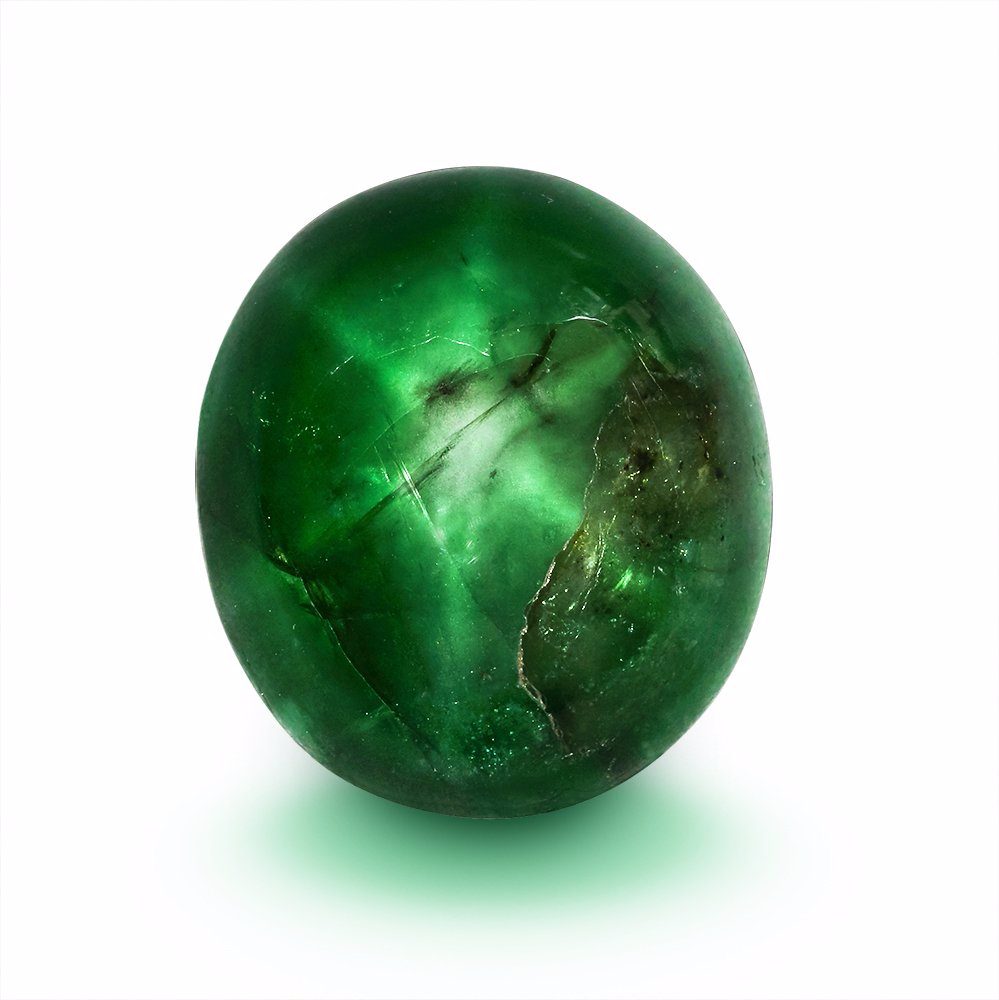 Once upon a time in the city of Manta, Peru, the people found an emerald the size of an ostrich egg. The stone was so luminous, they it believed it was alive. They called the stone the goddess Umina and set up a temple around its beauty. Priests brought her out on feast days and decreed that followers should worship the ‘mother emerald‘ by bringing her ‘daughters‘ in the form of smaller emeralds. When the Spanish conquistadors arrived, they seized this immense store of emeralds, smashing many on an anvil to determine if they were real as they simply could not believe their size. During the 16th century this rare stone became synonymous with colonial greed: con-quistadors looted thousands of emeralds in South America, to adorn the rings, tiaras necklaces, and crowns of Europe’s elite, unconcerned with their bloody origins. One beautiful piece of craftmanship illuminates this perfecty: a ‘Globus Cruciger‘ or sovereign orb, representing Christian rule over the earth, is housed Muzo’s Private Collection, Columbia, considered the most prestigious Emerald mine in the world. It features no less than 37 extraordinarily beautiful gems. Happily, they never found the hidden goddess Umina. 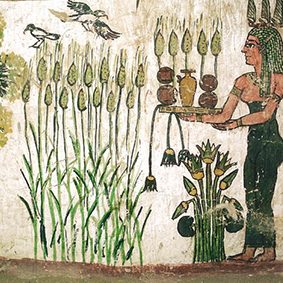 Tomb of the Pharaoh Horemheb, KV 57, end of the 18th dynasty. Egypt, Valley of the Kings © Princeton University Press

Derived from the ancient Sanskrit word maragdam meaning green gem, emeralds feature in the oldest book in the world, the 3,000-year-old Papyrus Prisse, which states, rather damningly: “But good words are more difficult to find than the emerald, for it is by slaves that it is discovered among the rocks.” Emeralds are 20 times as rare as diamonds, and only occur when two types of rock come into contact through extreme pressure.

A variety of the beryl, small deposits of this hexagonal-shaped crystal are found alongside aqua-marines in veins of pyrite, quartz and albite. Their pure, luminous colour comes from two sources: in emeralds mined from Pakistan, Afghanistan and Russia and across to Zambia, Australia, the US and Brazil, they contain tiny deposits of vanadium. However, the most highly prized are instead stained green from the element chromium and can be found only Colombia, in the Muzo and Chivor mines in the lush green mountains north of Bogotá. Whilst African emeralds emerge in the meeting of billion-year-old metamorphic rock with million-year-old granite rock, Columbian emeralds evolved in sedimentary rock. Created by huge surges in heat and pressure, they are the result of the cooling of hydrothermal liquids.

Europe’s only source of emeralds until the Middle Ages was the Wadi Gimal, a 70-square-mile mine complex in south-eastern Sahara. It still contains the earliest-known emerald mine, Wadi Sikait, dating back to the 4th century BC, for human desire for this most precious of stones runs through civilized history. Ancient Egyptians believed this ‘Jewel of Kings‘ to be healing for the eyes: Cleopatra crushed them into eyebalm. Roman and Byzantine conquerors called Wadi Gimal the ‘Emerald Mountains,’ and it seems they too thought this lustrous green gem restful to the eyes. Roman scholar Pliny the Elder Roman stated: “Indeed, no stone has a colour that is more delightful to the eye, for, whereas the sight fixes itself with avidity upon the green grass and the foliage of the trees, we have all the more pleasure in looking upon the emerald, there being no gem in existence more intense than this.” It is a stone that leads to obsession. Nero was so possessed with love for emeralds that he hoarded them and used large cut emeralds as proto-sunglasses whilst watching gladiator fights. To any ordinary citizen below, a glimpse of their green-eyed Emperor must have been fantastically terrifying. 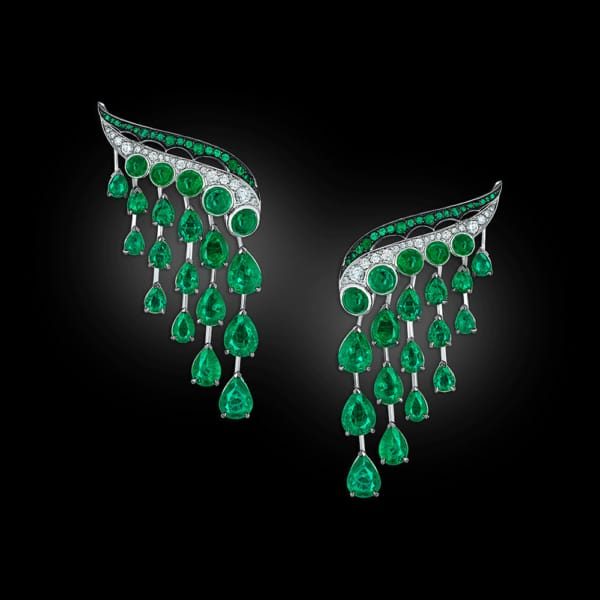 These magnificent chandelier earrings represent so much more than a statement of affluence, they are a tribute to the lasting chromatic beauty of Zambian emeralds, a gem used long before the Columbian emerald was found. Cleopatra was so enamoured by their tropical lustre, she had her own visage carved into the gems which were gifted to statesmen and loyal subjects. Vanleles Dido earrings are hand crafted to reflect the spectacular history of this vibrant African gem: brilliant pear cut emeralds are suspended from a rivulet of ethically sourced diamonds that sparkle like the River Nile. Elegant and flowing, these miniature sculptures honour the source from which they were created: the African continent.

“The true beauty and highest value of jewellery shouldn’t start at the shop floor. It should start with where it all began… at the mines and the surrounding communities. My intention has always been to bring the voice of Africa to fine jewellery, and part of this is ensuring that, where possible, I source gems from Africa and from mines that adhere to environmental, societal, human rights, labour and production responsibilities and above all, mines that pay local taxes and treat miners with fair wages.” Vania Leles, Creative Director & Founder Vanleles Diamonds

So then, delicate and rare, pure in colour and lusted after by multiple cultures, emeralds occupy a special place in the human soul. Emerald green also suggests the concept of eternity, a colour that constantly renews itself in nature through the cycle of life. As such they it is a stone that teaches us to take care; a hue that connects us to the heart of this planet: mother nature.