“The grass on the other side of the road was a pullulating emerald green, the rocks that grew here and there among the grass were almost dazzlingly alight with little diamonds. The warm air met me in a wave, thick with land smells of earth and growth and flowers.”

― Iris Murdoch, The Sea, The Sea

There is nothing quite like the emerald glow of a garden in the morning light, fresh and glistening with dew drops. Alive with possibility, this colour forms the backdrop to our encounters in nature: green heightens our sense of place and nourishes our feelings of belonging and interconnectedness. No other shade signals the possibility of regeneration more. It is why we associate Christmas with red and green: red for the fires of warmth and purification; green for the promise that light and new growth will return after the shortest day of the year, that Mother Nature will not forsake us – as we must not forsake her.

The noted 11th century lithologist St. Hildegard of Bingem declared, “All the green of nature is concentrated within the emerald.” Green is a balancing colour, for the way it falls between warm and cool shades on the spectrum. The phrase ‘to green light’ something echoes how green is used as a visual yes: red stop, green go – it is safe, the way ahead is open for you. The gem, also known as the ‘Stone of Successful Love’ opens and nurtures the heart and heart chakra. It is the colour of verdant, healthy lands; of growth, spring, and clean energy; a pure green, shining with a light for a sustainable future. “The most abundant hue in nature, the human eye sees more green than any other colour in the spectrum,” says Leatrice Eiseman, executive director of the Pantone Color Institute.

Being in green renews and restores depleted energy; the garden, the forest, the countryside have always represented a sanctuary. There is a reason why we love this hue: it represents life, oxygen and the promise of rebirth. As W. B. Yeats said, “The world is full of magic things, patiently waiting for our senses to grow sharper.” What Yeats could never have imagined when he said “in dreams begin responsibilities” was a world in which nature’s abundant greens would be so abused and threatened by climate change. 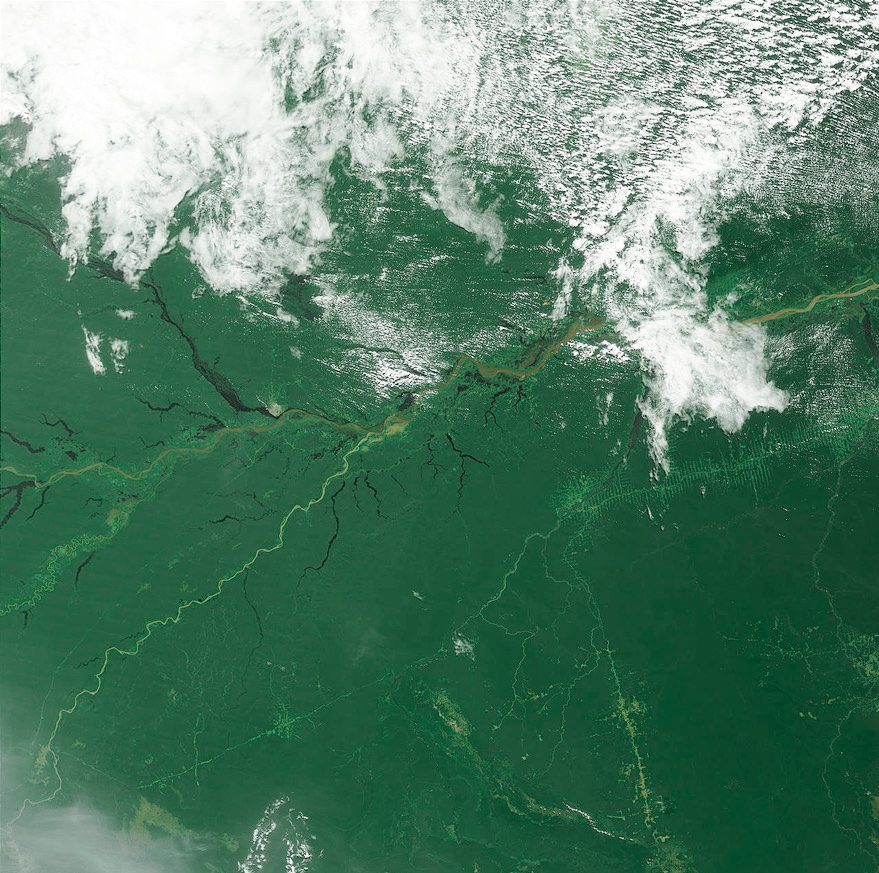 Nowhere is that more clear than with the horrific sight of the world’s lungs – the Amazon rainforest – on fire this autumn, victim to rising temperatures and human greed. The Pantanal in Paraguay, and the Indonesian rainforest was also on fire, casting a frightening red haze over Sumatra and putting as many as 10 million children at risk, and then this month Australia’s tinder dry bush around Sydney also went up in flames. The activist and speaker Zoë Tryon, who runs a non-profit advocating for indigenous peoples in Amazonia and takes policy-makers deep into the Ecuadorian jungle to experience it for themselves, is forthright about its destruction:

“Brazil is devastating: the amount of long-term damage is mind-blowing, the spread and spread of oil roads, workers’ towns and agribusiness, even in the last 10 years is immense. There is no way of restoring that level of biodiversity: when it’s gone, it’s gone. But there are rays of light. We need to understand that our survival is tied up with protecting wild places, the west has woken up and shifts are happening, particularly with the younger generation who are far more motivated about the environment.” 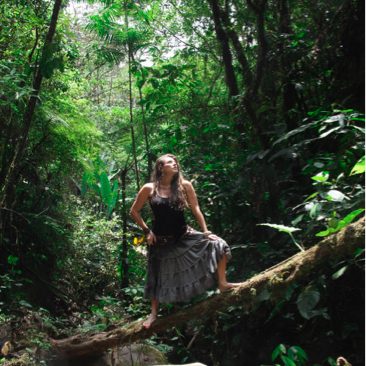 A similar situation is playing out in Sumatra. Less than a generation ago, most of this island was verdant rainforest — the reason Indonesia was called ‘Emerald of the Equator’. Unfortunately, Sumatra has lost at least half of its forest cover since 1985, victim to intensive agriculture for Palm oil, its extraordinary biodiversity pushed into tiny pockets. The Leonardo DiCaprio Foundation (whom President Bolsonaro hilariously claimed had started the fires in an attempt to distract from his own culpability) has created a reserve around 800,000 acres of virgin and logged rainforest, cared for by the indige-nous peoples of the area, Orang Rimba and Talang Mamak.

By such projects we make small but important corrections to the wrongs humans can inflict, restoring these emerald-green paradises to earth. We cannot live without balance, the equilibrium of green is vital to our survival. If nations cannot provide that – if, like the conquistadors they merely plunder nature and do not give back – then we need a supranational body to create balance for us. Angus Forbes’ Global Planet Authority sets out how that could happen – a grand project centred around the power of people, aimed at creating an advocacy that puts the planet at the centre, understanding it is key to our very survival.

By 2022 five billion of us will be connected via the internet. Forbes says, “Two extraordinary things have just happened to the human race. The first is the understanding that we now run, along with Mother Nature, the life-support system of our planet. The second is that we have now formed into a connected global citizenship. From this point on, the future of both Earth and us humans is inextricably linked due to our size and power. I am absolutely convinced that in order to protect the biosphere, we need a specialist global authority to do the job. We need to give it powers of regulation and revenue collection over all human organizational form (including the nation state) sufficient to impose the necessary biophysical boundaries for us all.”

What a powerful statement of what humans can achieve: we may destroy and burn, but we also love and protect. Together we can be mighty: that if enough of us bring pressure to bear we can advocate for the biosphere together, creating a sovereign orb not of man, but of nature.

“The world is exploding in emerald, sage, and lusty chartreuse – neon green with so much yellow in it. It is an explosive green that, if one could watch it moment by moment throughout the day, would grow in every dimension.”

― Amy Seidl, Early Spring: An Ecologist and Her Children Wake to a Warming World